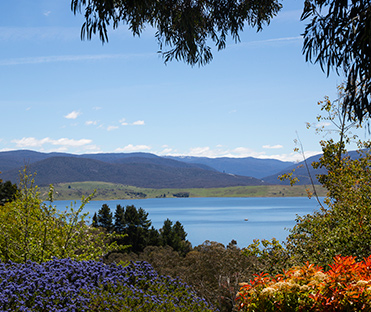 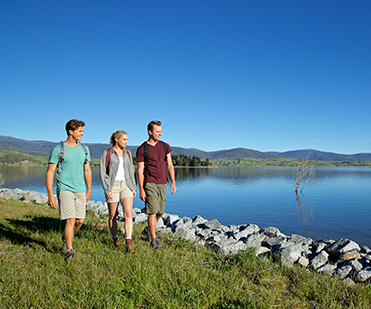 The highly-skilled men and women who design, build and maintain Australia’s dams are well organised in terms of their commitment to professional development. Their annual forum is very operational in approach and participants seek practical insights. So, no surprises then that, in 2017, the event took place at Jindabyne, the epicentre of the mighty Snowy Mountains Scheme.

The ANCOLD Dam Operators Forum has a mission: to grow and share the practical knowledge and expertise that keeps Australia’s dams operating safely, economically and effectively.

The Forum is a hands-on event, tailored for dam operators, technical officers and managers and organised by the Australian National Committee on Large Dams (ANCOLD Inc.), an incorporated, voluntary association of organisations and professionals with an interest in dams in Australia. ANCOLD’s has a member base of 54 organisations and 162 individual associate members representing all aspects of the industry.

The 2017 Forum attracted more than 110 delegates to participate in a program that revelled in ANCOLD’s strong operational focus.

For the conference organisers, it was an opportunity to integrate a well thought-out program comprising interactive presentations and discussions with a one-day field tour that delivered highly relevant insights into contemporary dam operations.

The field-day tour delivered unique access to dams constructed as part of one of the world’s iconic civil engineering projects, the Snowy Mountains Hydro-Electric Scheme. It was particularly apt in terms of timing with the Scheme once more on the national agenda in terms of energy infrastructure planning and water release programs aimed at protecting the health of the Snowy River and its main tributaries.

Day One of the Forum was held at the Lakeside Rydges Jindabyne Resort. The venue and chalets provided a perfect background to a wide-ranging program that explored issues such as maintaining dams beyond their design life, the potential of new technology, safety management and emergency preparedness.

Day Two was the field tour which traversed some of Australia’s most beautiful alpine country to visit three Snowy River dams at Jindabyne, Guthega and Island Bend and the mighty Eucumbene Dam, which impounds and diverts the Eucumbene River.

The 197km tour covered only a small part of the massive Scheme that stretches across more than 5,000 square kilometres of mountainous terrain bordering NSW and Victoria. Its assets include 16 major dams, seven power stations, a pumping station and 2254km of tunnels, pipelines and aqueducts.

It is the largest and most complex hydro-electric scheme in the world and its construction is seen by many as a defining point in Australia’s history. Between 1949, when the first blast was fired at Jindabyne and the scheme’s completion in 1974, more than 100,000 men and women from 32 countries worked on the project.

And A River Flows Through It

For the dam specialists assembled at the Forum, the Field Study Tour was an opportunity to see and engage with operations on several different types of dams, engineered using different construction techniques to address the specific challenges of various terrains and river systems.

The first point of interest on the tour was the dam at Jindabyne. When this was completed in 1967, it created an enormous reservoir; Lake Jindabyne is now the third largest lake in the Scheme. The town is now a major tourism centre for the Snowy Mountains while the lake is one of the most beautiful in the region and extremely popular for water sports and other leisure activities.

Jindabyne is a rock fill dam (a type of embankment dam constructed of compacted layers of soil and rock); it offered many points of interest for delegates, including work undertaken in recent years on the dam slipway.

By contrast, the Guthega Dam is a concrete gravity dam, a construction of massive strength and weight with the dam wall grounded by gravity to resist the pressure from the water in the reservoir. This dam is the Scheme’s oldest (completed in 1955) and highest. It is dramatically located not far below the headwaters of the Snowy River, at the foot of Australia’s highest mountain, Mount Kosciuszko. Guthega Pondage covers approximately 26 hectares and sits at an elevation of 1585m. While the dam itself was of great interest, delegates were at times distracted by the spectacular alpine scenery and the lure of the inviting Guthega Alpine Inn with its hearty local dining and cosy atmosphere.

Nearby at Island Bend is the third Snowy River dam, another concrete gravity construction, completed in 1965 with pondage covering 327 hectares. Located in a wild and remote area, it is extremely popular with campers and hikers traversing the 5km Illawong Track which follows the Snowy River along from the dam. This presented another opportunity to showcase the region’s tourism offering.

In terms of scale, the Eucumbene Dam is one of the largest and most impressive of the 16 dams in the Scheme. Located 55km northwest of Cooma, the dam was completed in 1958, holds nine times the volume of Sydney Harbour and is the central water storage area of the Scheme. The lake is famed for its trout fishing; its 145km shoreline is a favourite haunt for anglers.

Eucumbene Dam is an earth fill dam, built up by compacting successive layers of earth, a construction approach that was appropriate for damming the wide Eucumbene Valley.

The ANCOLD Forum Tour was an extremely engaging technical tour that covered an area that has in part been defined by one of the great engineering marvels of the 20th century. Yet it is also a place of outstanding beauty and diversity. The landscape encompassed on the tour included high alpine plateaus and heathlands, snow-gum forests, beautiful rivers and vast mountain lakes. It was the combination of both the man-made and natural attractions that made this tour so compelling for participants.