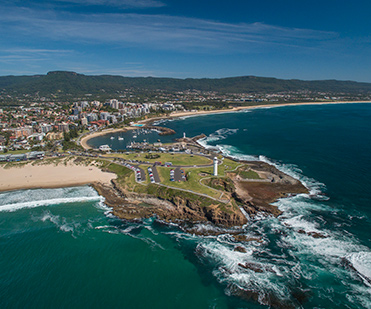 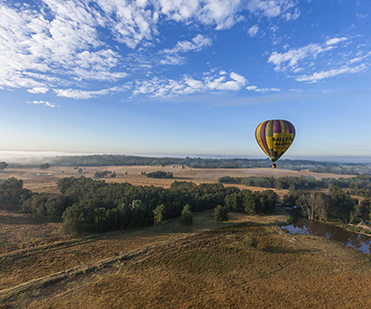 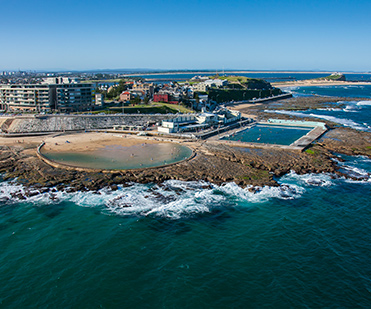 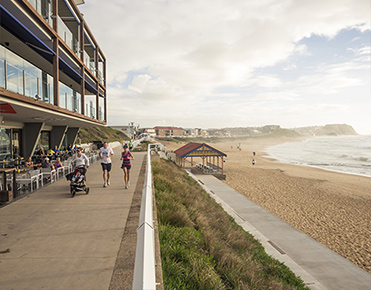 The brief for the post conference itinerary for those attending the 5th Congress of the international Society for Applied Phycology was slightly unusual: hero algae and seaweed.

Applied phycology is the scientific study of algae and its applications, which range from energy production, to food supplements and pollution control.

In the context of itinerary planning this may have presented some creative challenges to the Professional Conference Organiser (PCO). However ICMS uncovered some intriguing technical options in the emerging sustainable marine industries on the South Coast of NSW. It was a unique opportunity to showcase science in a pristine marine and coastal environment, only an hour south of the harbour city.

The one-day tour left Sydney and travelled a route that hugged the coastline and presented delegates with magnificent views that embraced high sandstone cliffs, historic villages and a sparkling blue ocean; stops along the way included the University of Wollongong innovation Campus (iC), where leaders in the field of phycopolymer biomaterials are developing medical devices such as 3D tissue and stem cell printing.

A short drive to Bombaderry on the Shoalhaven River took the group to Venus Shell Systems, a seaweed production site where industrial CO2 is integrated into the biomass.

From there the tour travelled further south, taking to the waters as delegates boarded a boat to cross the exquisite Jervis Bay Marine Park, along the way enjoying a close encounter with a curious whale and a pod of dolphins.

Back on land it was time for lunch; a short trip into the coastal hinterland and the vineyards of the South Coast wine region, where lunch was hosted at the award winning Cupitt’s Winery. Here an array of innovative chefs from across Australia served culinary creations celebrating ‘Algae Gastronomy’.

The luncheon was particularly apt as the conference had earlier hosted the launch of a new book, Coastal Chef: Culinary Art of Seaweed and Algae in the 21st Century. The book explored 28 different types of seaweed and algae in 50 recipes developed by a stellar cast of Australian chefs, many of whom also presented at the conference.

After lunch the tour travelled along the scenic route from the coast through the Southern Highlands; the day finished with a spectacular treetops experience amongst the temperate rainforests on the Illawarra Escarpment.

The tour was highly customised and very specific to the featured science. The regional South Coast of NSW provided a spectacular setting with enthusiastic and passionate hosts who worked collaboratively with ICMS to achieve the desired results.

The primary purpose of the three-day forum was to showcase Australia’s expertise in research, development and policy for improved global food security and to launch the Australian International Food Security Centre (AIFSC).

The program’s one-day agricultural field day was developed by ICMS to showcase an impressive range of farmer entrepreneurship and Australian agricultural produce.

The tour was an opportunity for delegates to explore beyond Sydney Harbour, heading deep into the heart of the Hunter region to meet smallholder farmers and producers of Australian viticulture in their natural setting.

It was a particularly personalised approach with delegates having the opportunity to engage directly with farmers to share the complexities of modern day farming and to reach out to each other to solve common challenges.

As it emerged, the exchange of knowledge went well beyond any government research paper or bureaucratic exchange in a venue ballroom and was universally cited as a highlight of the conference.

So too did Peter from the Adina Olive Grove in Lovedale, who shared his knowledge of specialist equipment designed to harvest higher quality crops in dry years; while it meant more care and investment, his commitment and passionate approach ensured consistent quality of the olive production process. His achievement in nurturing olives and encouraging a new local industry in the heartland of Australian wine growing is no small feat; for farmers in the Hunter, producing wines at higher returns is always front of mind.

A visit to the Hunter is not complete without tasting the wine for which it is so renowned. In keeping with the focus of the farming practice, the delegation was hosted by First Creek Winery, which is the largest contract wine-making business in NSW. Their philosophy is simple; only source the top grapes from top producers to produce top wines. Wines produced by First Creek are consistently ranked in the who’s who of wine reviews both nationally and internationally and are a fine example of a high-quality approach to viticulture.

The tour itself was a good example of how local regions and professional conference organisers can leverage the focus of a government initiative and a small city-based event. The full delegation participated in the tour which was a highlight in terms of the desired knowledge transfer. From a creative point of view this particular itinerary also celebrated some of the key assets of any region: local people, unique businesses and extraordinary locations.

The 9th International Wheat Conference was a big conference with a big agenda – the future of wheat production and its ability to keep pace with global demand. Wheat is grown on more land area than any other crop and is the most important food grain source for the world’s population. Research and development is crucial to the global industry; delegates to this conference included world leaders in wheat science from 66 countries.

The aim of the five-day post conference to the North West regions of NSW was to facilitate a knowledge transfer between some of Australia’s most innovative wheat growers and researchers and 48 of the world’s best scientific minds. Other participants on the tour included local experts as well as industry and government leaders.

The itinerary followed a route of golden grain, which stretched from Mudgee in the Central West to Narrabri in the North West of NSW. Along the way, wheat fields gave way to some of the most epically beautiful parts of NSW, including the wilderness areas of the World Heritage-listed Blue Mountains National Park. Tour participants were awed and amazed by its grandeur.

After an overnight stay in Mudgee, the tour headed to Narrabri and Tamworth to visit the University of Sydney, IA Watson Grains Research Centre and the NSW Department of Primary Industries, Tamworth Agricultural Institute.

There they interacted with local field and wheat researchers and visited innovative commercial farms in the region. This part of the tour matched shared interest and fine minds with warm country hospitality.

A highlight was the day spent at the NSW Department of Primary Industry (DPI) facility in Narrabri where the University of Sydney Agriculture campus is located where participants inspected crops and reviewed research. The exchange of knowledge led by the visiting scientists included sharing of groundbreaking insights on how to increase annual wheat yield grains.

The return leg of the tour meandered its way through the Hunter Valley to the export port of Newcastle where Graincorp facilitated a visit to the bulk-export shipping facility. It was a particularly relevant visit as Newcastle ships durum wheat that is now regarded by Italian millers/producers as the best in the world.

On this tour there were many points of scientific interest but the key to its success was the country hospitality and opportunities for the exchange of ideas between tour participants and local wheat producers and researchers. This part of NSW revealed a particularly rich and diverse base of agricultural science embedded within beautiful towns and regional cities, edged by the grandeur of the World Heritage Wilderness Areas, interspersed with vast ‘fields of gold’.